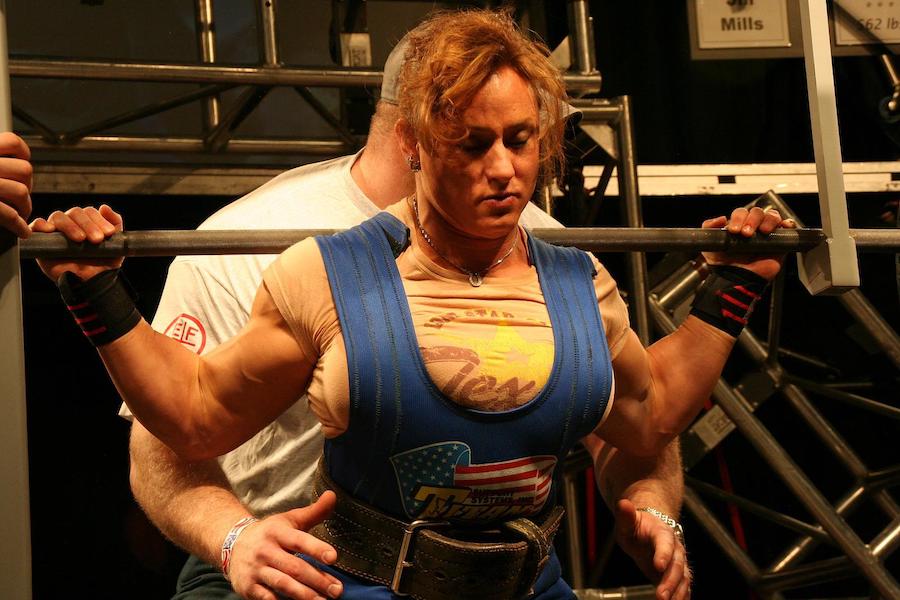 International Women’s Day has come and gone, but it’s ridiculous to confine our admiration of women to one day/month in a year. Women are strong, smart, and kind. Strength doesn’t start and end in the muscles of the body. Sometimes, moral and psychological strength can impress just as much (if not more). Sometimes, endurance and longevity can show more strength than the act of lifting a heavy object. Sometimes, though, the mere act of lifting a heavy object can make your jaw drop. Here are 10 of the strongest women in the world!

Jill Mills is a is a bodybuilder and powerlifter. She started her career as a bodybuilder in 1993. In 1996 she transitioned from bodybuilding to powerlifting, and has been competing in various championships since. She has been in the industry for over 20 years! In 2001 and 2002 she won the title of World’s Strongest Woman. Two consecutive years! Absolutely incredible.

Donna Moore’s story is one of astounding transformation and accomplishment. For years she was unhappy and overweight. As a single mother of two, she often struggled. But since then she has taken solid steps to becoming healthier, happier, and much, much stronger! She took her life in her hands and flipped it around! She participated in the Arnold Sports Festival in Ohio and set a world record in the “Stone Load” competition. At 37, she has cemented her status as one of the world’s strongest women! She continues to compete now, as well.

This Ukrainian sportswoman was named the World’s Strongest Lady in 2011. She began her career in sports as a shot put thrower and pursued this path for 7 years between 2003 and 2009. After that, she pivoted to training for various strongman competitions. In addition to her World’s Strongest Lady title, she also holds five world records in the Guinness World Book of Records!

As mentioned, physical strength is not the only type of strength. Take a look at Malala Yousafzai, who has won the Nobel Peace Prize. She campaigns (rather successfully, might I add) for the education of women in Pakistan. In October of 2012 she was the victim of an assassination attempt, and yet she persisted in her pursuit of equal education for everyone in Pakistan. That took a lot of courage and moral strength, and so she definitely belongs on the list of the world’s strongest women!