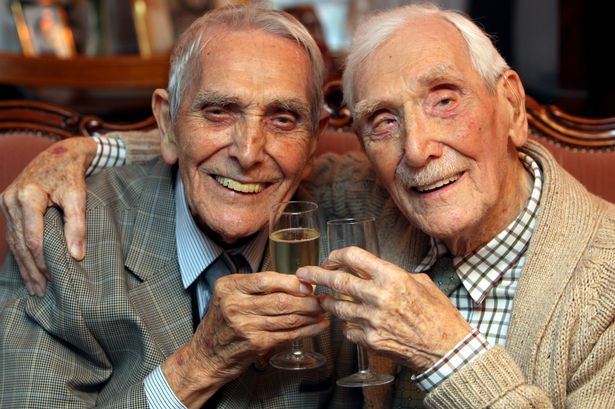 Twins have always been a mystical phenomenon. People thought that identical twins have strange powers, and, frankly, maybe they do! How else would you explain that so many of them have lived for over 100 years?

Let’s see who were the oldest recorded twin siblings in the world.

Born on August 1, 1892, a couple of sisters affectionately nicknamed Kinsan and Ginsan (Kin and Gin, meaning gold and silver) lived through many tumultuous events of the 20th century. However, in January of 2000, Kin had a heart attack and died at the age of 107. One year later, at the age of 108, Gin joined her sister in the afterlife. But they didn’t go to the next world without leaving a few kids behind. At the time of Kin’s death, the twins combined had 6 children, 11 grandchildren, 7 great-grandchildren, and 1 great-great-grandchild. That is a mighty legacy, considering that their kids also show the signs of longevity.

Glen and Dale Moyer were the first living twins who got recognized by the Guinness Book of Records. Born on June 20, 1895, in Ohio, Glen Moyer grew up to be a teacher and school principal, while Dale decided to take up farming instead. Glen passed away in 2001 at a nursing home at the age of 105. However, it is unclear what happened to Dale. The brothers lived most of their life far apart but were spiritually close all the time.